in which Tokugawa Ieyasu planned to destroy the Toyotomi clan. It was fought between the General Todo and the general Chosokabe. The battle itself was draw but the Chosokabe clan withdrew to Osaka castle to strengthen the defenses.

The new came in that Tokugawa forces are coming to the east through Yao, so the general Chosokabe was hiding in this are, and when they passed the chosokabe forces charged all of sudden.

But the other Toyotomi side’s general of Kimura lost the battle of Wakae, Chosokabe didn’t pursuit the Todo forces. Some historians they Chosokabe scored the victory in this battle. The fog worked favorably for Chosokabe.

Todo forces stayed in this temple overnight. There are so many graves for those who were killed in this battle in the temple.

Because of this battle of loss, Tokugawa had to spend more time to beat the Toyotomi clan. 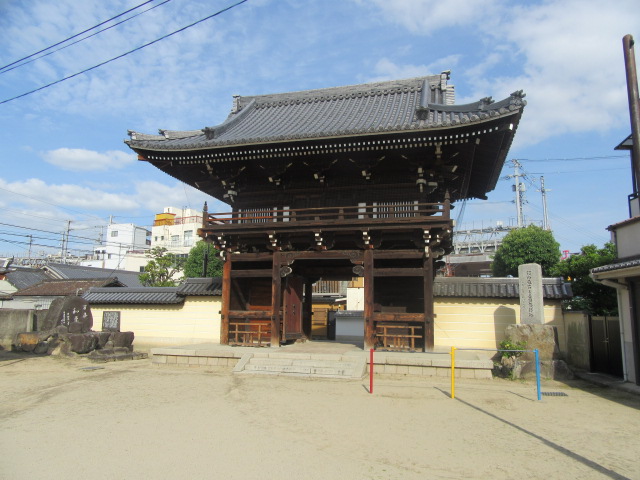 As a bonus the famous Kawachi dance originally started here. The statue is next to the entrance. Go on Youtube. 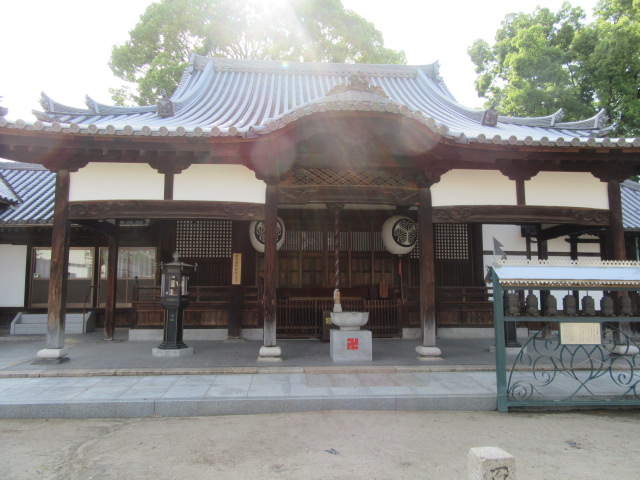 Shigenari Kimura's grave, he was killed in aciton at Wakae near Yao. One of Toyotomi's generals. 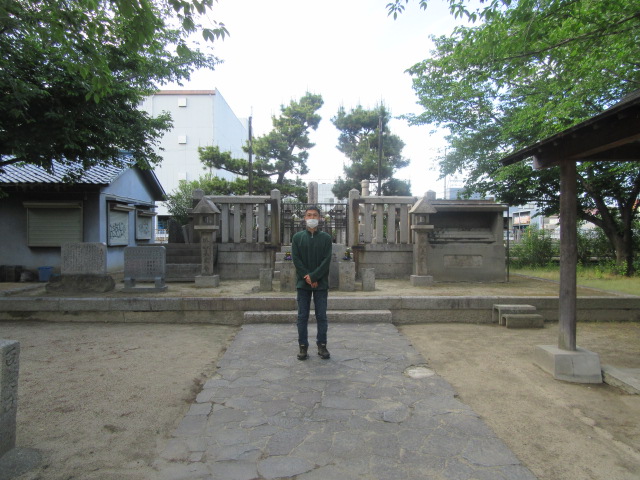