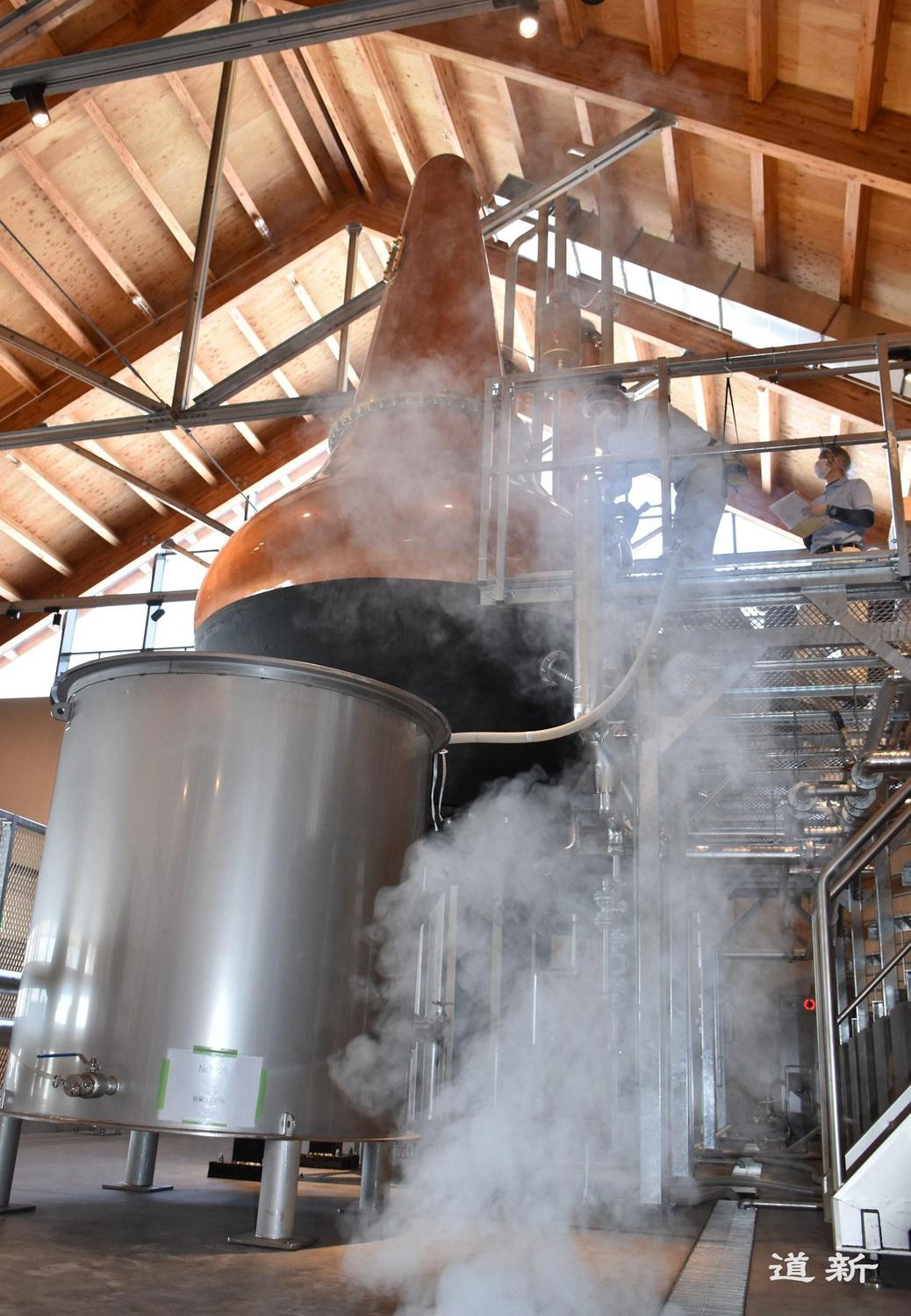 At the foot of Niseko of Hokkaido, an area internationally known for skiing, the Niseki Distillery stands on a hill about 400 meters above the sea level surrounded by maple and oak forests.

On May 10, about 5,000 liters of raw whisky were poured into about 10 oak barrels and carefully stored for maturation. After being aged for more than 3 years, it will become the first whisky produced in Niseko.

The distillery is also producing gin. Preparations are being made for the opening of a new facility this summer that will offer tasting and sell traditional Japanese crafts.

The purpose of this distillery is to produce whisky that will be aged for years by taking advantage of the cool climate, said Takahiro Suzuki 46. We aim to create a clear whisky that will harmonize a variety of flavors.

Hakkaisan president Jiro Nagumo has visited Niseko from time to time to observe measures being taking for local revitalization. After the Niseko municipality proposed brewing alcohol in the town, Nagumo decided to start making barley malt whisky there

A sake lover distillery head Suzuki studied microorganisms at the agriculture department of a university. His eagerness to make sake led him to join Hakkaisan Brewery in 1997 after graduating.

Keen to take on new challenges, Suzuki became one of the leaders in new product development around age of 30. He was also a key figure in the production of rice based whisky.

After being given the task in Niseko, Suzuki made a series of visits to the town form the summer of 2018. He places the greatest importance on water quality in sake brewing. He had known already from analysis date that the quality of the water in the town is good. But after feeling the natural environment and climate firsthand, he became more convinced that good whiskey can be produced in the town.

After such work Suzuki also undertook unfamiliar tasks other than brewing, such as conducting negotiations on the construction and selection of stills, and then managed to put the distillery into operation.

Suzuki was deeply moved when he packed the first batch of raw whiskey a barrel.

Taking advantage of Niseko's international fame as a ski resort, the Niseko distillery has set its sights on the global market