Hikikomori  also known as acute social withdrawal, is total withdrawal from society and seeking extreme degrees of social isolation and confinement. Hikikomori refers to both the phenomenon in general and the recluses themselves. Hikikomori have been described as loner or “modern-day hermits. Estimates suggest that half a million Japanese youths have become social recluses, as well as more than half a million middle-aged individuals. 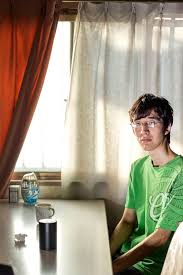 This guy is 38 years old and has been a hikikomori for more than 10 years. He stay in his room whole day. He was bullied when he was a junior high school student. He started working after graduating high school but never fit in the workplace.
He could not handle anything at work. The boss kept insulting him and finally he was diagnosed with a mental illness.
He came not to go out his house anymore. His face is very pale as he doesn't get sunshine that much. He lives on his mother's pension. His mother is very worried what will happen to him after she dies. 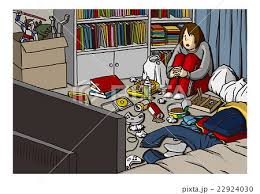 "80–50 problem"
The "80–50 problem" refers to hikikomori children from earlier days now entering their 50s, as their parents on whom they rely, enter their 80s. It was first described in Japanese publications and media in the late 2010s.

In 2019, Japanese psychiatrist Saitō Tamaki held a press briefing at the Foreign Press Center Japan on the subject of hikikomori. In view of their rising age, he recommended practical advice to parents with older hikikomori, such as drawing up a lifetime financial plan for them, so they will be able to get by after the parents are gone. He also recommended that parents should not fear embarrassment or be concerned about appearances as they look at the options, including disability pensions or other forms of public assistance for their children. Tamaki emphasized the urgency and necessity for families in these situations to plan ahead; the Japanese government failed to see the urgency of the problem and demonstrated no motion toward developing substantive policies or systems like special safety nets related to the ageing group of hikikomori