The festival is held between January 9th and 11th every year. It is held at various shrines.

Ebisu is a god who brings good luck and Imamiya Ebisu Shrine has a strong belief in for people of Osaka and protects the commerce of Osaka.

Many business owners visit this shrine every year for their business to succeed.

They buy what we call votive offering. They pray for their business to get better.

Ebisu is a festival that wishes for prosperous business, and although its origin is unknown, it has been held grandly since the time of Toyotomi Hideyoshi. Although it is a festival held all over the country, Imamiya Ebisu Shrine in Osaka, a town of business people, shows more excitement. The worshipers who visit here are more than 1 million people every year including celebrities and the presidents of famous companies and entertainers.

Imamiya Ebisu Shrine in Osaka was built during the time of Empress Suiko. It was built as a guardian deity to rule the west when Prince Shotoku built Shitennoji Temple. It is currently located in Naniwa Ward, Osaka City, but when it was first built, it was located near the sea and was worshiped as the guardian deity of the fishing industry. After that, when the shore market was opened at the west gate of Shitennoji Temple in the latter half of the Heian period, Ebisu was then enshrined as the guardian deity of the city and became worshiped as a god of prosperous business.

Ebisu, who is enshrined at Imamiya Ebisu Shrine, is the god of commerce. Sometimes it refers to the god itself and shrine. Ebisu is one of the Seven Lucky Gods who bring happiness to people, and has benefits such as prosperous business. When the Seven Lucky Gods are illustrated Ebisu has a snapper and a fishing rod.

Since Ebisu are known for prosperous business many worshipers include business people and the president of the company. You can come to worship in search of lucky charms. On the other hand, it seems that fire-fighting and funeral-related people are in trouble if the business is prosperous so they are not supposed visit the shrine, but it seems that there is no problem if they worship for the safety. Regardless of work it is okay to visit the shrine. 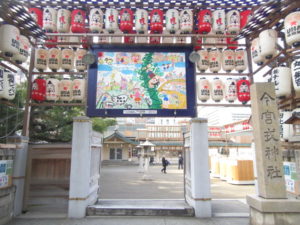 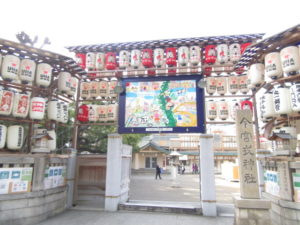 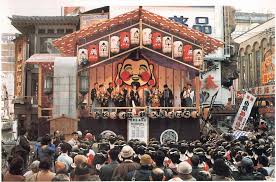 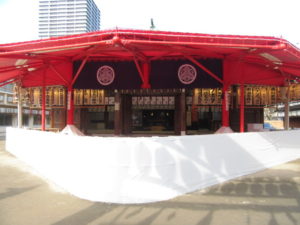