Countless husbands across the world will have picked up a bouquet of flowers for their wives to celebrate their love for Valentine’s Day. But one husband in Japan has taken it to the next level, after he spent a decade creating a landscape of pink blooms to cheer up his wife after she went blind. This story really touched me so I want to share this with you. 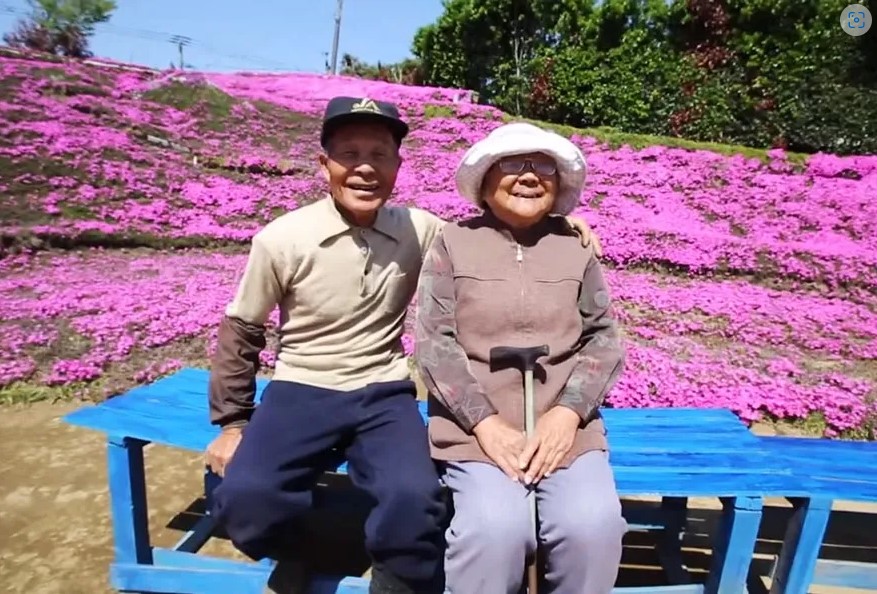 This is Toshiyuki Kuroki and Yasuko Kuroki. They are dairy farmers from Miyazaki Prefecture in Japan and have been married for 60 years. After 30 years of marriage, Mrs Kuroki suddenly lost her sight after developing complications relating to diabetes. 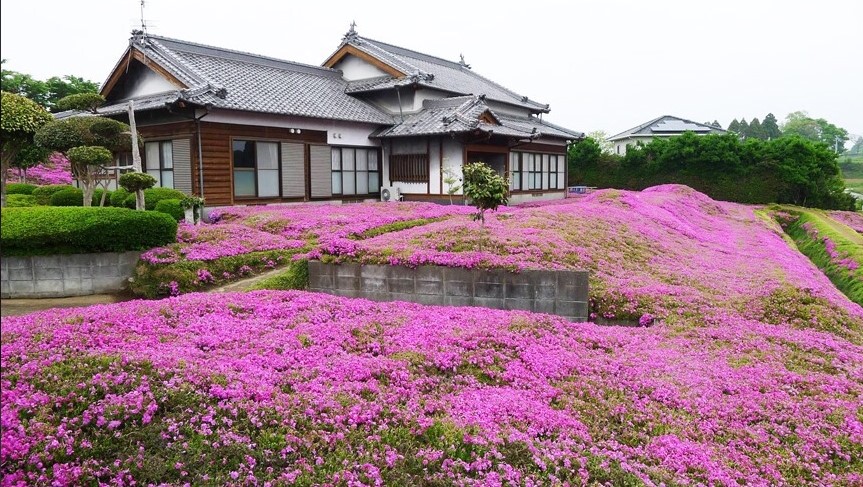 it was devastating for the couple, who had risen early every morning to tend to their cows while bringing up three children – they had planned to go on a trip around the country in their retirement. 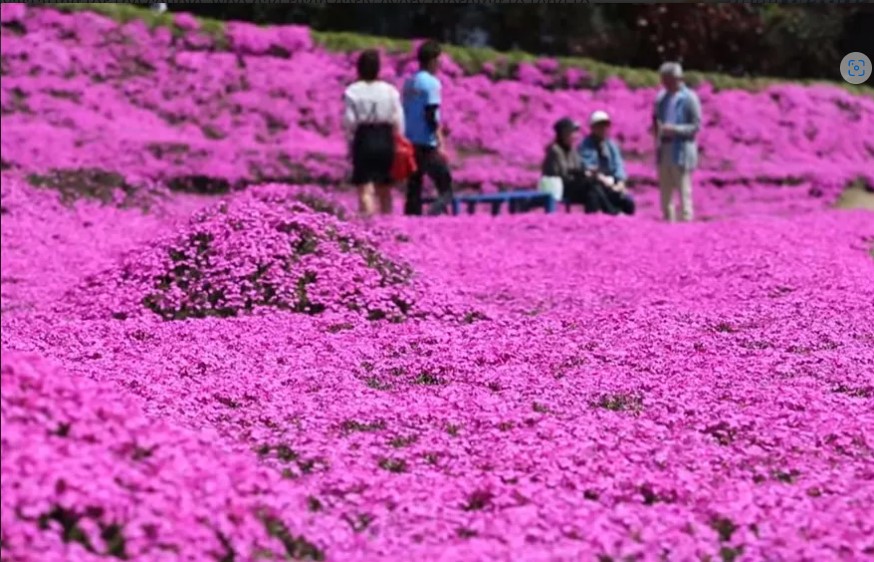 Depressed, Mrs Kuroki sealed herself away from the world. Her husband wanted to give her something she could enjoy.Concerned about his wife, Mrs. Kuroki struggled to think of a solution. 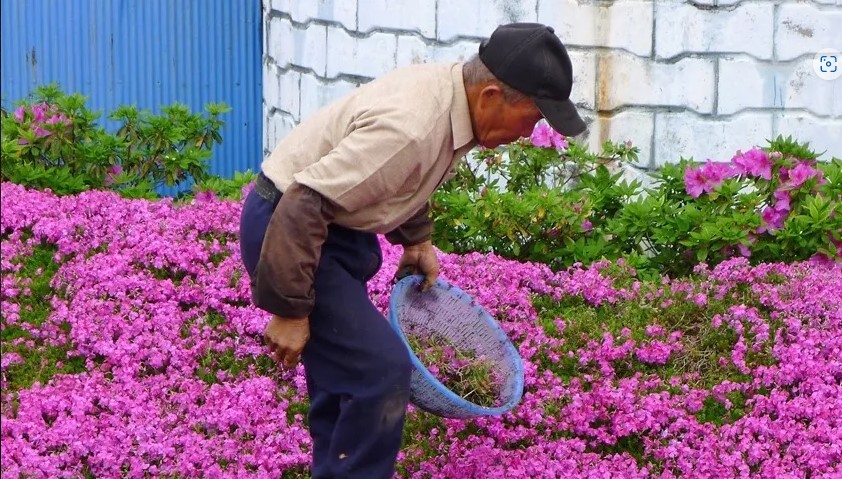 Mr. Kuroki had discovered that shibazakura, or the moss phlox, a pink-colored flower, had an exceptionally sweet smell. So he chopped down a few trees and cleared the land where the couple’s dairy farm once operated, and he planted hundreds of thousands of these special blooms. Home - Loving Husband Spends 2 Years Planting Thousands Of Flowers For His Blind Wife To Smell. 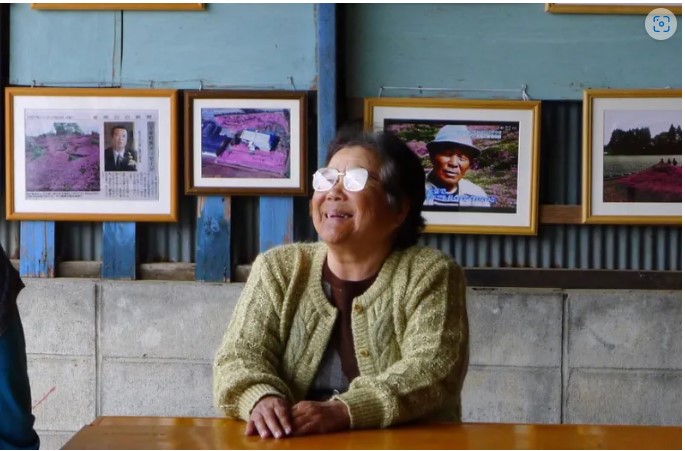 Slowly, Mrs. Kuroki emerged from her shell to enjoy the garden. Mrs. Kuroki began to venture outside, lured by the fragrance. Her smile and her joie de vivre returned. Now, she smiles every day. 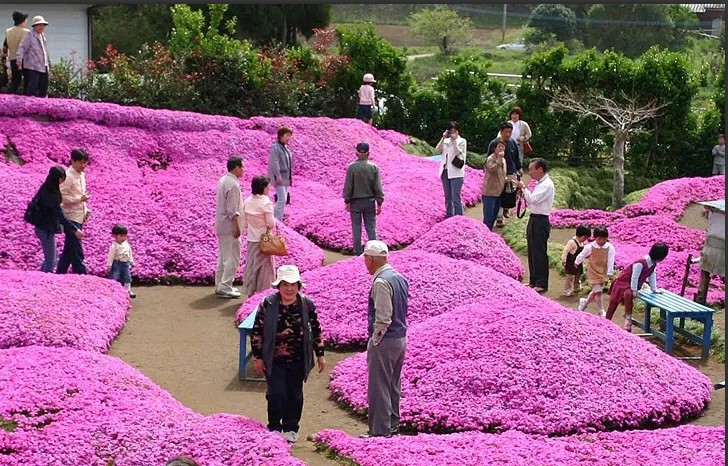 Word began to spread about Mr. Kuroki’s labors of love and the magnificent garden he planted and visitors began to arrive to see it and hear the story directly. And now, about 7,000 people from all over Japan come to visit the garden every day in springtime, during March and April, to witness Mr. Kuroki’s labor of love and smell the fruits of his labor.