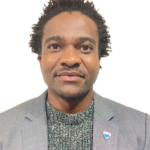 Panasonic, the brand largely known as being a power-house in the electronic product space, has announced its Fortina X and the date of commencement. Within Japan, the big name brand has been notorious for its houses in the  Fujisawa SST Smart City location, in Tsujido, Fujisawa City, Kanagawa Prefecture. The Panasonic smart city houses have received much praise for their use of solar power and eco-friendly sustainable living conditions. According to Rethinktokyo.com, the electronic giant announced during December, that from the 6th of January,2022, they will begin selling the Fortina X Structure. The structure is a steel frame home design. It includes Panasonic’s Air Lohas central air conditioning system.

The design is basically a solid block body integrating the outer walls, the roof and the floor plan all together. The key advantage of this frame design is its strength. It has the guaranteed ability to endure both the horizontal and vertical stresses and heavy loads with no issues whatsoever. The frame design is also effective in protecting the property from natural disasters such as earthquakes and typhoons. Japan is prone to both of these natural disasters, so having this kind of protection for the property will put the home owner at ease. The Air Lohas as previously mentioned, use a single air conditioning unit to ventilate the entire house. Eg. Ventilating the operational spaces such as the washrooms and corridors, not just the main rooms of the property.

The Fortina X has been reported to be available for sale everywhere in Japan, except for Hokkaido and a few other regions. Its selling price starts off at around 30 million yen, with the land sold separately. Panasonic Homes has put a target and hopes to sell 1000 or more, of these buildings. When thinking about characteristics such as safety and durability, Panasonic Homes definitely seems to be on the lead.