Sanada Yukimura(1567-1615) was born in the current Nagano prefecture. The Sanada clan was serving Takeda clan as a retainer. After the battle of Nagashino in 1575, Takeda clan started to decline. It also claims Yukimura’s 2 borthers.  The Sanada clan changes the side to Toyotomi clan.

After Hideyoshi Toyotomi passed away, the battle of Sekigahara took place. It has been said that at first Yukimura followed Ieyasu but, after Ieyasu tried to seize his territory he betrayed Ieyasu. The true motive of Masayuki and Yukimura’s decision is disputed with many theories, but there are two main schools of thought: in one, Masayuki made the decision (and Yukimura agreed); he expressed the willingness to take a gamble, so that if he were to join the weak side and win the battle, the Sanada would gain much more power. The other theory is the opposite where they planned a safety net; Masayuki, Yukimura, and Nobuyuki discussed the situation when Ieyasu asked them to state their allegiance clearly, and they decided to join separate sides, so that, regardless of the outcome of the battle, the Sanada clan would survive.

After the battle even Yukimura was spared the death penalty Yukimura was exiled to Mt. Koya in the Kii Peninsula. Yukimura rose against the Tokugawa when the Winter Battle of Osaka winter campaign  broke out in 1614.

He knew it is a losing war but he never forget the loyalty to Toyotomi clan. In the campaign of Osaka summer many Toyotomi side’s generals were killed in action. The battle of tennoji guchi  was fought on June 3, 1615. This would be the last battle of the siege of Osaka castle and the final battle for Sanada Yukimura. Greatly outnumbered by Tokugawa forces, Yukimura’s forces were eventually defeated.

Yukimura was badly wounded and exhausted right here in this shrine. . Soldiers from the Tokugawa  army quickly went to Sanada. Too tired to fight back, Yukimura allowed the men to kill him, reportedly saying, “I am Sanada Yukimura , no doubt an adversary quite worthy of you, but I am exhausted and can fight no longer. Go on, take my head as your trophy”. A man by the name of Nishio Nizaemon chopped off Sanada’s head. His grave is now located in Osaka. 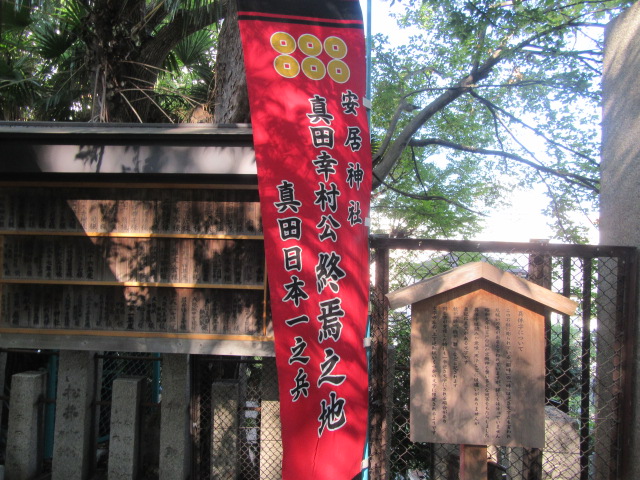 He was killed in action right here.

He yelled I am Sanada Yukimura so the opposing soldier can get a reward.

The description of Osaka summer campaign. 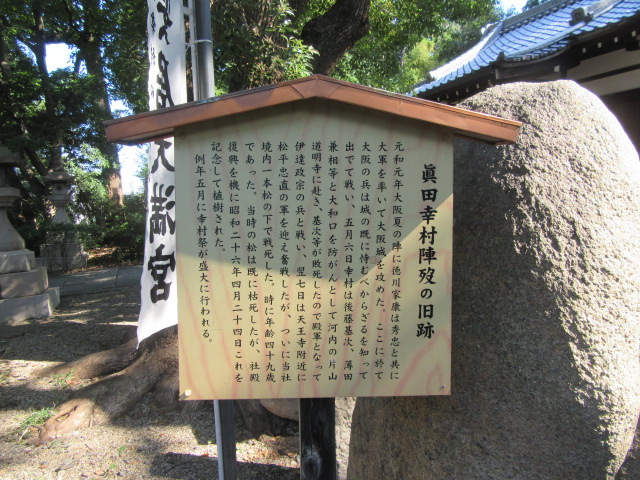 The statute of Sanada Yukimura 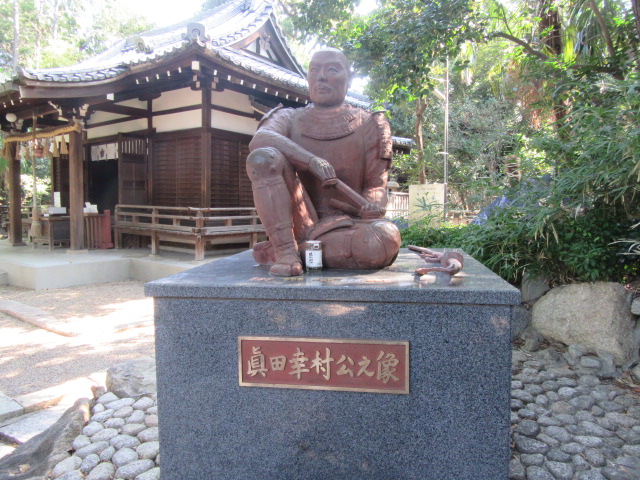 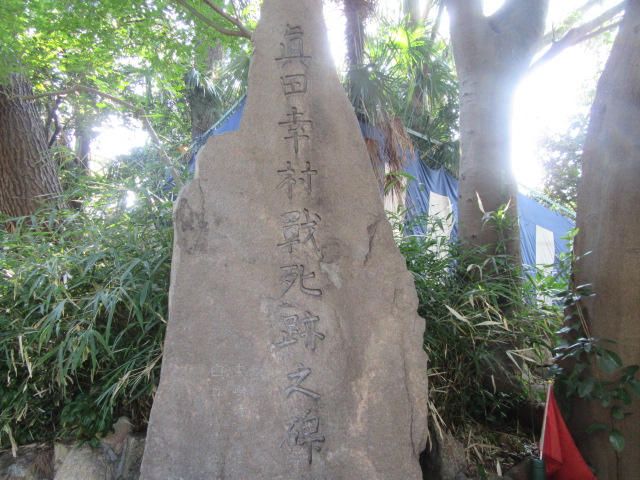 The stone monument of Sanada Yukimura

His vassals. Each has own speciality. 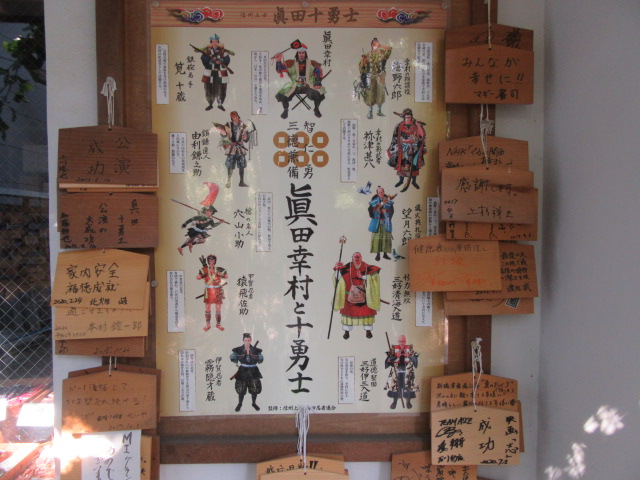