Ninja used to be called “Shinobi” and its existence was confirmed in the history records for the first time after the Northern and Southern Courts period (1336–1392) and is thought its origins is the villain resistance to the manor system which dominated in the second half of the 13th century.

Shinobi were called by various names depending on the regions, such as Rappa, Suppa, Kusa, Dakkou, Kamari and it was after the 30’s of the Showa era (mid 1950’s to mid 1960’s), the name Ninja was established. During the Sengoku period (late 1500’s to 1600’s), Shinobi were hired as mercenary troops by various parts of the feudal lords to intrude enemy systems, to set fire, to destruct, to night raid, to ambush and to collect information. However, the most important aspect above all was to convey the status of the enemy to the lord, and they needed to avoid combat as much as possible, in order to survive and go back to their masters.

Iga and Koga regions are close to Kyoto and are surrounded by a natural fortress of mountains. These topographic conditions helped autonomies to develop, to be armed, to form riots and weaken the feudal lord forces. Therefore, they were sometimes hired as mercenaries by neighboring countries to invade castles beyond the moat and to join battles. 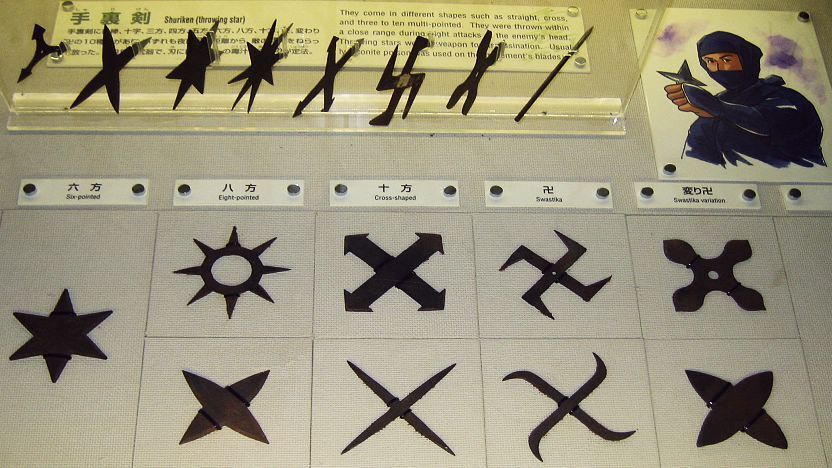 Various types of throwing stars. As early as the 11th century, the inhabitants of Iga and Koka gained a reputation for their skills in unconventional warfare. Close to the political center Kyoto, yet distinctly remote due to their rugged terrains, Iga and Koka presented an ideal hideout location for refugees, bandits and losing parties of battles. Many ninja families lived here within autonomously governed communities, developing their martial skills for self defense. 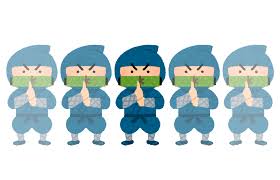 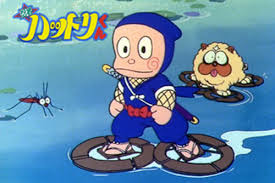 Walking on water is also popular technique the Ninja had. They were able to escape from the enemy walking on water.
The training was really had so it took many years to master these techniques. This manga Hattorikun was very popular in the 80s. 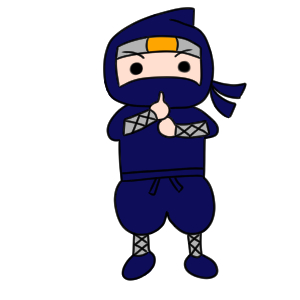 I highly recommend you should visit the Ninja site. Many Ninjas were trained in the city of Iga, outside Osaka. There are still so many equipments used back then even today.