What to make of Leopalace 21 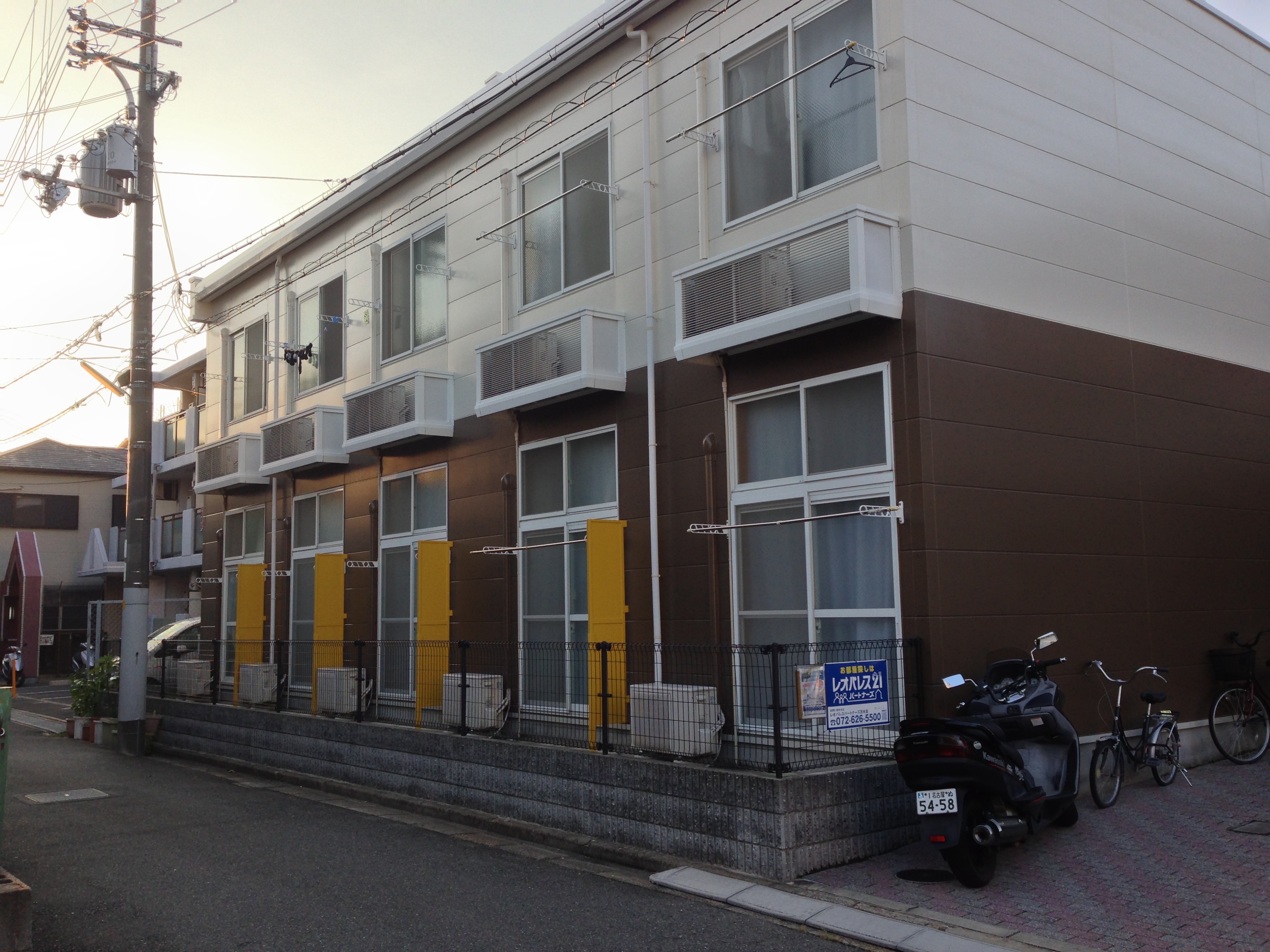 Everyday for the past week or so Leopalace 21 has been plastered all over news media outlets. But information for us (the foreign population) hasn't been all to accessible. Of course if you can read Japanese, then getting this information is easy. A quick google search will suffice. There has been daily updates on what is transpiring with Leopalace 21, the tenants of the apartments, and the owners.

The major issue, Leopalace has found defects in over 1,300 apartments which were found unsuitable for living. The main defects were in the sound and fire proofing which were not up to code with the local municipal standards.

When I first moved to Japan I also lived in a Leopalace apartment building. It was easy, my former company arranged the accommodation with Leopalace (contracting etc.), the place was pretty much fully furnished, with the must need amenities included in the unit. For example, a washing machine, refrigerator, microwave, small dining table, desk, etc. All of the furnishings you need to be able to live in an apartment from Day 1. The photo above is the actual building where I lived for a couple years.

Personally, I have no gripes with the apartment/unit itself. I am a pretty simple guy so I was for the most part happy. There were times where the unit might have felt small, but that is be expected while living in Japan, on a certain budget, these apartment layouts are for singles who aren't married.
The unit did have paper thin walls, with limited insulation making the unit super hot in the summer, and super cold in the winter. Other than that I was one happy guy, no gripes.

Side note: My brother-in-law also lived in the SAME building. I didn't know at the time of course, but once that was known we bot got a kick out of it. This is what I call fate, 100% lol.

I would say the majority of the tenants in Japan are Japanese nationals, but there are a large number of tenants who are foreign nationals. The reason being, Leopalace 21 makes the leasing process for foreigner nationals easier than other privately owned apartment complexes. For example, not having to have a personal guarantor and no agency fees naming a couple. Another major reason would be having the must have amenities available in the unit to make the move-in as smooth as possible, move-in ready from Day 1.

One of the more interesting developments Leopalace had was the "shadows in the curtains" to deter home invaders and stalkers from invading or stalking single women living alone.
The concept is to project a silhouette image of a man doing a number of activities in the unit. The technology of it is pretty cool, you can control the projections via your smartphone. The whole idea was for the tenants to feel safe in his or her homes.

They have other services for their tenants, such as DIY to an extent for the rooms, an exclusive website for their tenants, credit card service where tenants can pay their rent via credit card and accumulate points, other security measures with facial recognition software when entering the building, and other IT related amenities (i.e. smart locks, and your very own "Leo"). Which I believe is like having Amazon's Alexa at home, but not as sophisticated.

Leopalace's business model in simple terms:
Leopalace targets land owners to build serviced apartments for lease. They will work with these land owners to plan (business plans, blue prints) and build said apartments.
Once the buildings are constructed, Leopalace will have a lease agreement with the owners as a "Master Lease," and then lease out the apartments to corporations or individuals. Simple put, it is a sublet.

Of course there are huge advantages for an apartment owner to lease out the entire building to Leopalace and let them sublet the units. The owner's will have rental income from day 1, and most likely be insured to have said amount for a number of years (depending on the type of contractual agreement). This of course is a positive considering you don't have to worry about vacant units and the advertising, and dealing with the stress on how long it will take before your entire building is tenanted.

So What's All the Fuss? 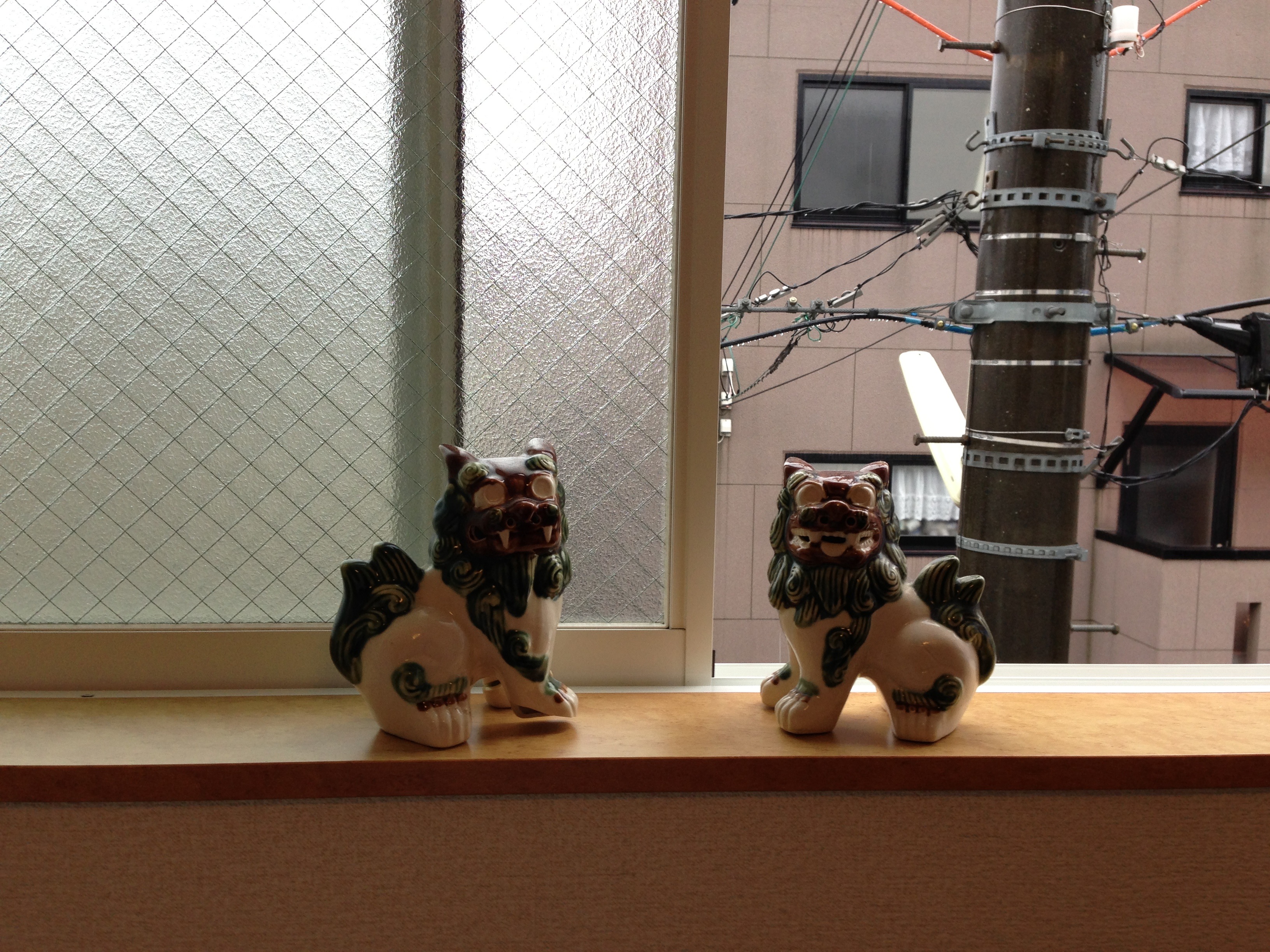 That is a lot of people!

Q: How can you build something without meeting the municipal's codes?
A: That is a good question sir or madam.

The process in building anything in Japan: (I assume it is extremely similar in other countries)
I will be skipping the section where you will need to check the land category, land zones, disaster prevention zones, building to land ratio, and floor area ratio, etc. This will be the simple, reader's digest version.

Step 1: Have a licensed architect (preferably class 1) design the blue prints for the building, and in the planning process, have the structure and facilities meet the Building Standards Act. We are running on the assumption that these architects are designing buildings to fit the criteria set in the Building Standards Act, and having a dialogue with the local Urban Planning Bureau.

Step 3: Construction will begin.
* Depending on the municipal/area, there may be a need for a check/inspection from the Urban Planning Bureau during construction to make sure the building is being built according to plan. After this is passed you will receive a document named 中間検査合格証.

Step 5: Within 4 days after completion, you will have to report to the Urban Planning Bureau. They will then inspect the building to make sure it is built as in the plans when receiving your building permit.
After the inspection, you will then receive inspection certificate 検検査済証.


*All of the information from Step 1 to Step 5, permit numbers, inspection certificate numbers, owner, architect, construction company, information on land/building, and any changes will be provided on one document as well. This document is called Construction Plan Outline （建築計画概要書）.


Q: With all these checks and balances, how can there be any defects?
A: That is another great question sir or madam.

In my opinion, during the checking stages, the communication between departments within Leopalace was not where it should have been (insufficient). The documents that were made were within code, and those documents were processed with the Urban Planning Bureau. There has been news that the contractors who were in charge of construction did not get the correct documents. Therefore creating these defects. That responsibility should be on Leopalace. Having some understanding of corporate Japan, I can see how miscommunication can be the main reason.

As of writing this, there hasn't any concrete news if the an inspection was done during construction (Step 3). There have been questions asked on the media, but of course the politically correct answer from Leopalace is that they are currently under full investigation in regards to these matters.

I can see how the inspectors can find these defects prior to completion. After completion, the inspectors will make their checks from the outside of the building and inside the units and shared space.. They will not necessarily make the interior check within the walls to make sure the building is up to code.


Photo above is from inside my old Leopalace apartment.

There also has been news where approximately 14,000 tenants will be moved out of their defected apartments. Leopalace will be held accountable for the move-out and move-in costs for these individuals. (Above it was mentioned approximately 8,000 but a different news source mentioned 14,00). Regardless, there are a ton of people needing to be moved.

The owners also want Leopalace to be held accountable for their Master Lease contract. There has been news where the owners want the national government to step in and take responsibility as well. If Leopalace were to go bankrupt, what is going to happen to the tenants and owners? These questions were raised during the meetings held between the apartment owners and ministry departments.

Leopalace held an informational session for the apartment owners on February 17th in Takasaki City, Gunma-Prefecture, and Osaka City. The biggest concern for these apartment owners are the promised rental income, and what to do from here on out. Is Leopalace going to actually execute what they are proposing?

Japanese news media has also interviewed a number of current tenants. They are concerned that something bad might happened while they are living in these unsuitable apartment buildings. Something might happen where their lives are in danger. They want to move out, but timing being the hardest and the financial promises made by Leopalace is making it difficult for these tenants to move out. Timing, from end of January into April, being the busiest season for moving is a hurdle I'm sure both parties are experiencing, and just the pure number of folks needing to be moved.

I am VERY interested in seeing what will happen, not because I am currently in the real estate field, but also because I used live in a Leopalace apartment as well as most of us foreign nationals have currently or in the past.

I will definitely have a follow-up piece in the future, cheers everyone!

Disclaimer: The opinions made in this post are solely mine. These opinions are made to create a positive conversation and positive discussion. Reform needs to be made in our industry, we the people are the ones who will move the needle.